Aluzine, a benchmark in lighting for the audiovisual market 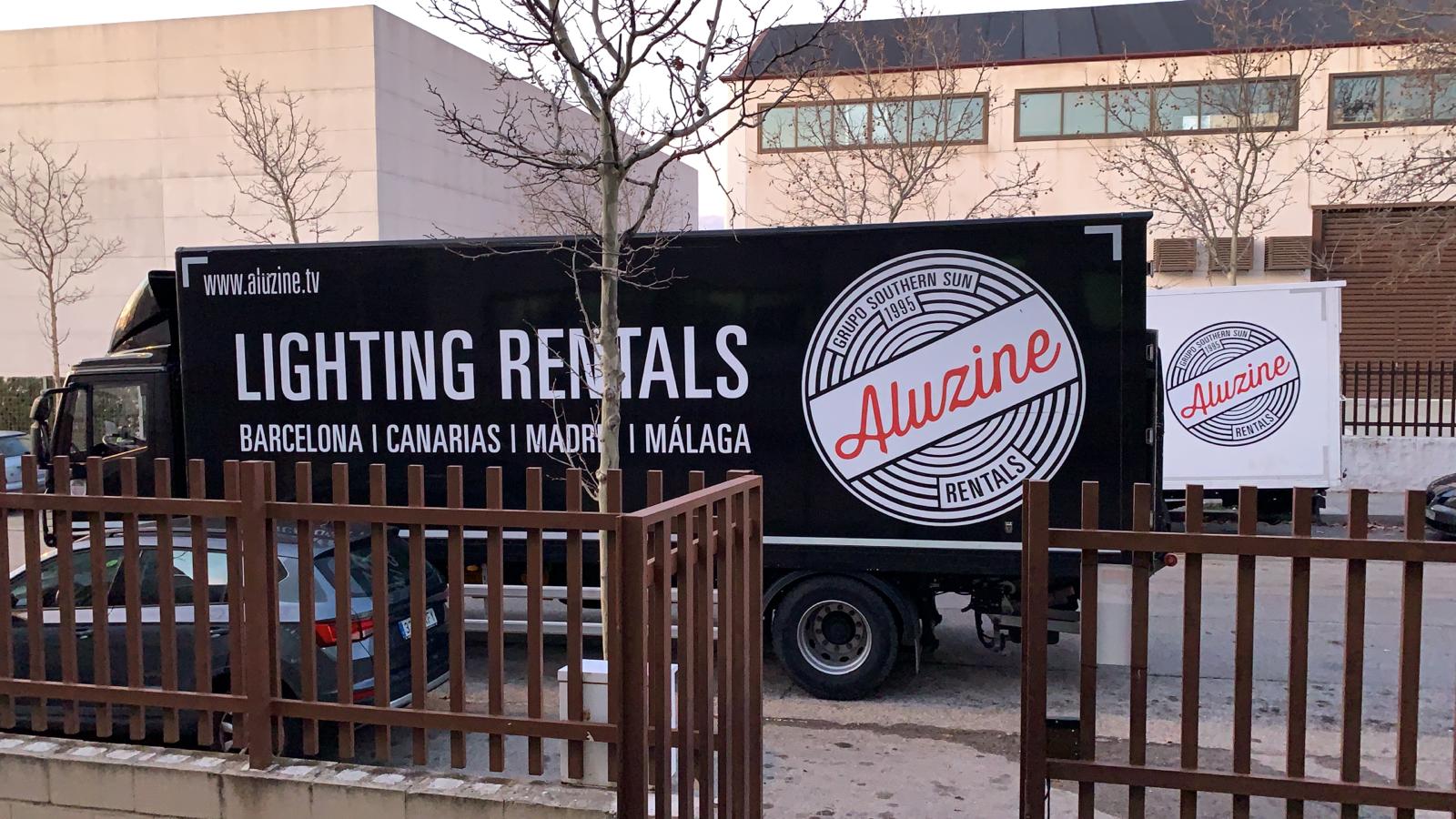 ALUZINE is a reference in lighting in the Spanish and international audiovisual market. It specialises in the rental of lighting equipment for film, television, advertising and, in general, any audiovisual production.

They have evolved with the times without losing the solidity, tradition and guarantee of quality provided by their extensive experience.

The company has offices in Barcelona, Madrid, Malaga and the Canary Islands to provide the best service throughout Spain to clients from all over the world.

Today we talk to its Managing Director, Roberto Sacristán.

We started in the film lighting business in the 1950s, when Mole Richardson opened in Spain, under the direction of my father, Gregorio Sacristán. During that period we did all the big Hollywood blockbusters that came to Spain to shoot, such as Lawrence of Arabia, Doctor Zhivago, Spartacus and so many others. In 1995 we opened Southern Sun, and later Aluzine Rentals. 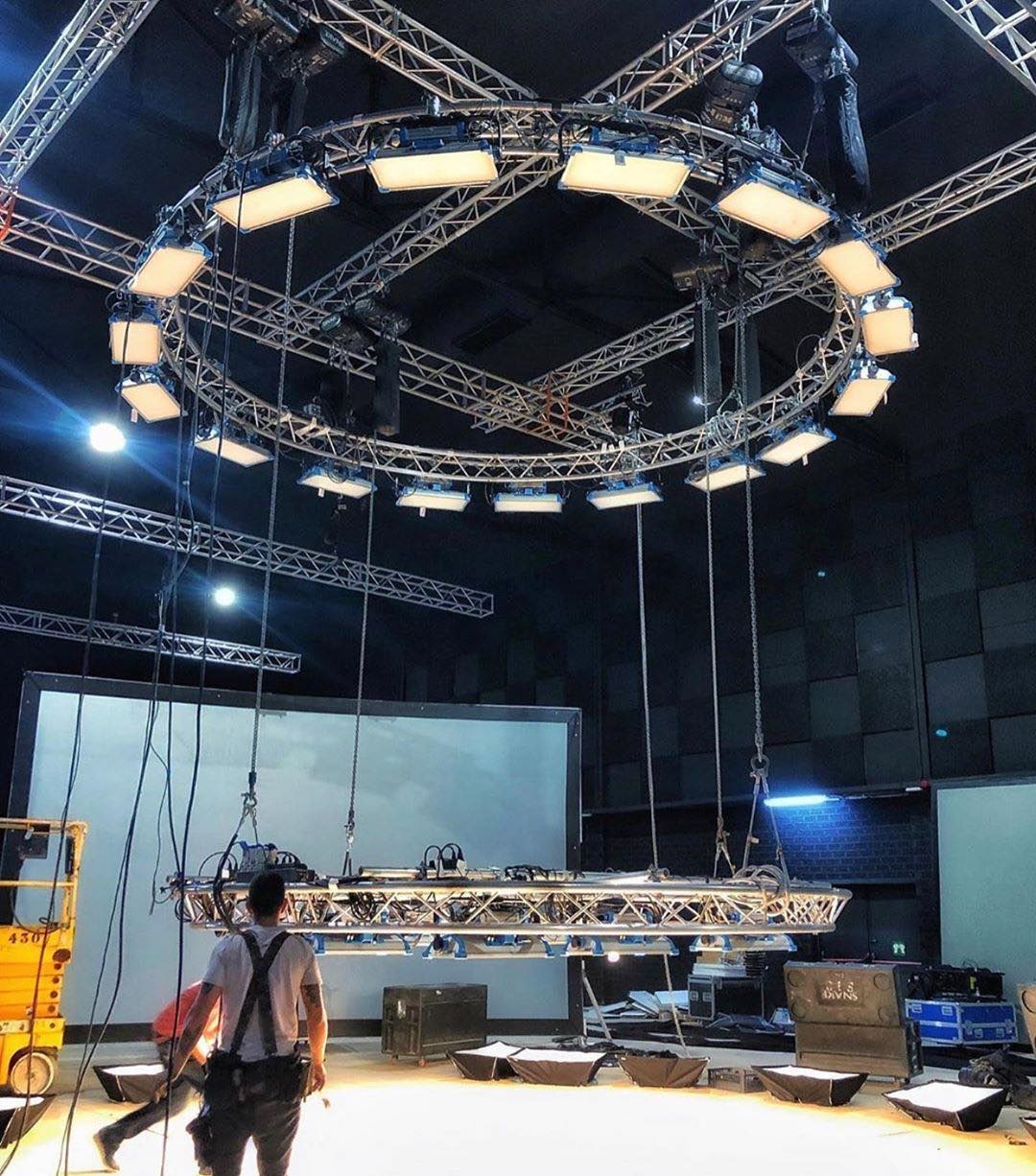 We offer the rental of all the lighting equipment that may be needed for any type of audiovisual production, whether it be film, TV or advertising film that shoot in our country.

We adapt to the needs of our clients, also offering integral services, such as vehicles for the material transportation, generators and technical personnel.

Nowadays, we are in demand by both international gaffers and service production companies, as we are the Spanish lighting rental company with the greatest capacity and experience to tackle any kind of superproduction. 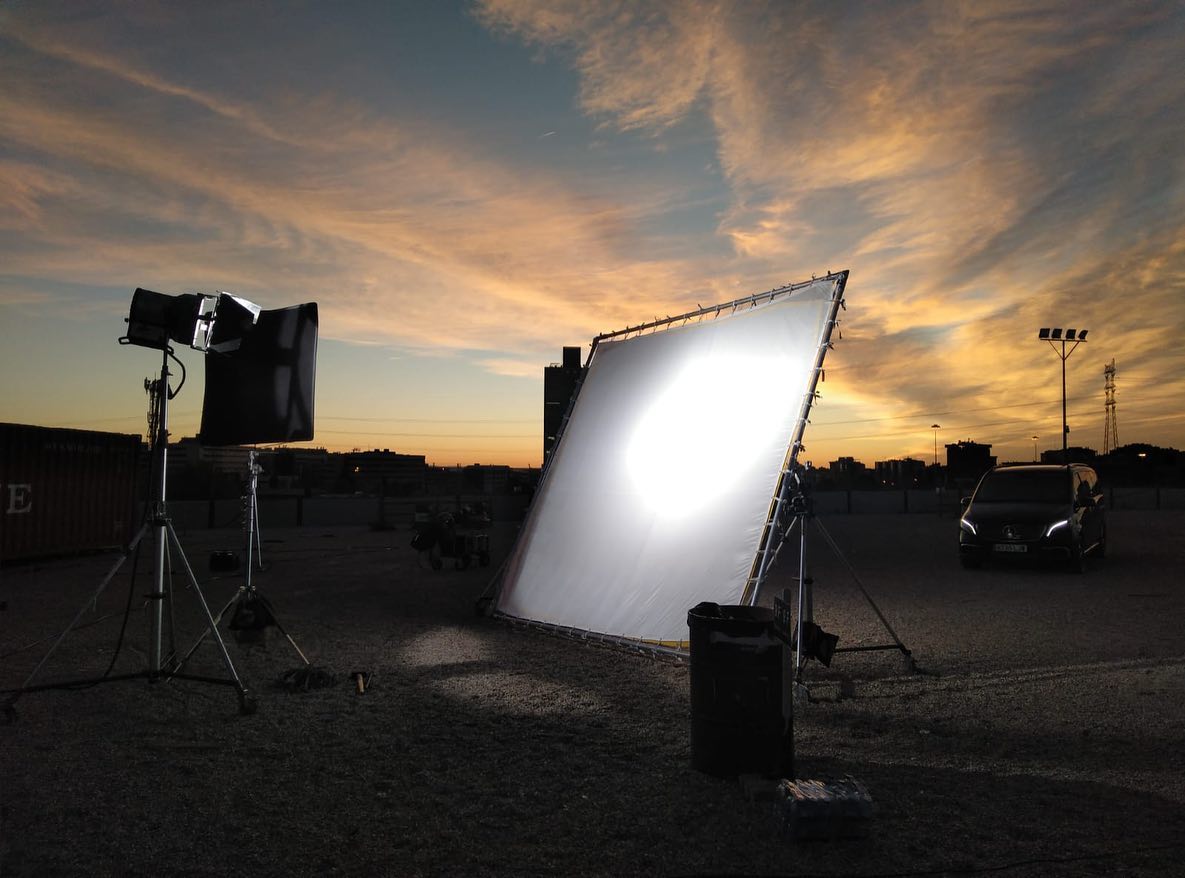 Our main concern when working with our suppliers is to satisfy the needs of our customers. We strive to have the latest technology and never miss on our shelves those devices that are the most demanded by the directors of photography to illuminate their projects. Therefore, we work with any brand that is requested by our customer’s proyect.

The new Arri Orbiter and the whole range of Skypannels, Velvet Kosmos, the latest Astera and Nyx Bulbs, the new version of the CRLS from The Lightbridge which we also sell exclusively, and we never stop acquiring the most requested material so that we always have enough stock in our warehouses. 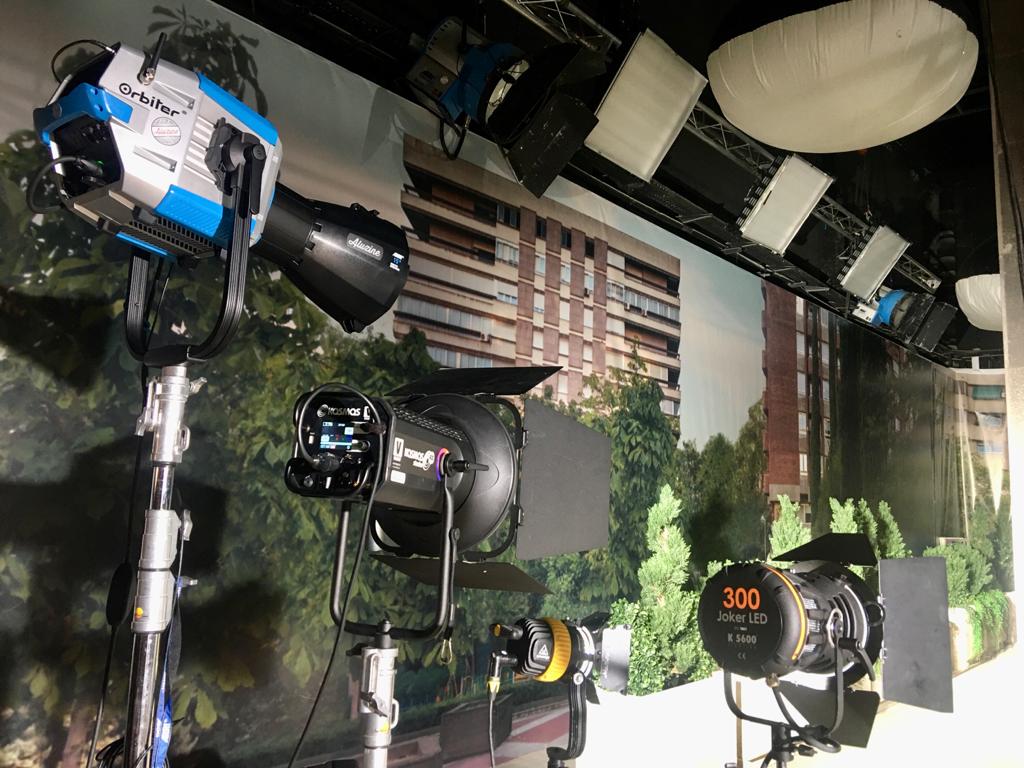 Velvet has just launched a new model, Kosmos, which is working very well. On the other hand, Astera, which are suitcases with battery-operated LED tubes, are in great demand. We have dozens of them and they are constantly working.

Also in demand are the popular Skypanel and Velvet Light screens, LiteMat, Kino Flo Freestyle and Aladdin flexible screens. The technique of reflecting light is widely used in today’s shoots so CRLS are increasingly in demand, which are also very sustainable products because, as I say, they are used to reflect light and do not use energy. 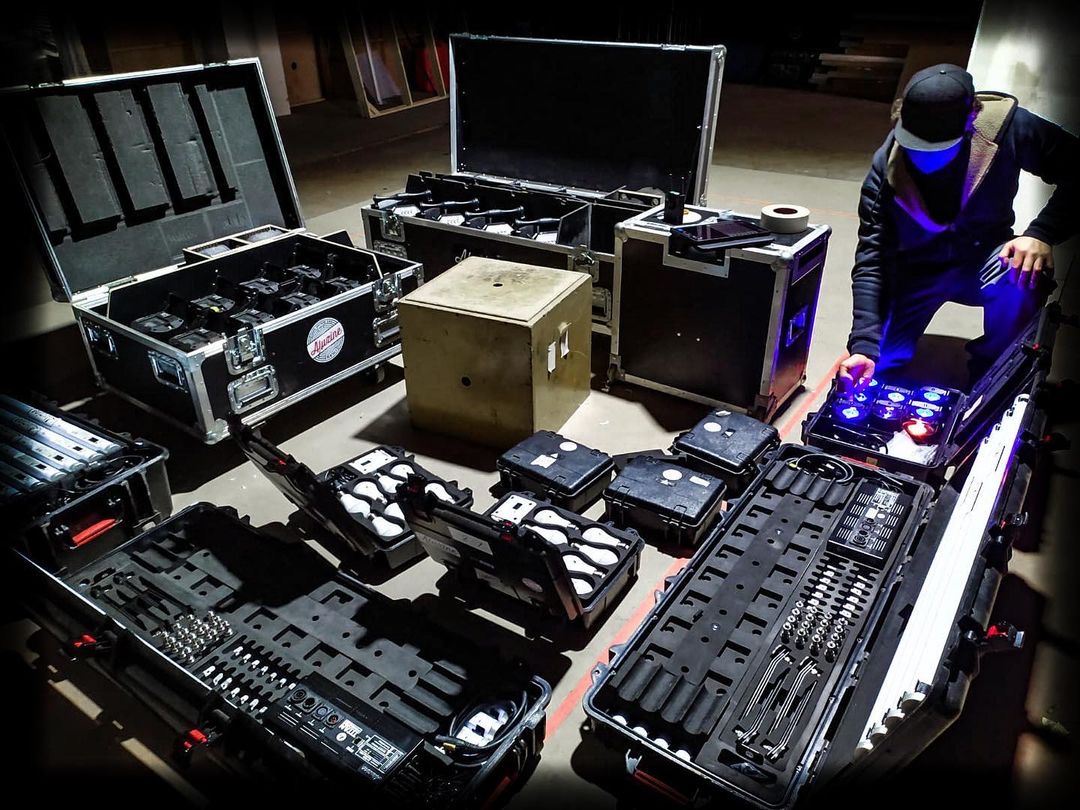 We have grown exponentially, especially in recent years. We have been able to understand the needs and particularities of advertising production. We are very good at adapting to the speed of their times so that any production has the material it needs. All it materials are always cleaned up free of Covid from the sanitizing stations. The truth is that we love shooting ads!

When we were forced to stop work, we focused on finding the best way to get back to work as quickly and safely as possible. I would like to take this opportunity to thank both the APCP and the other entities that worked in those days to provide the industry with safety protocols that allowed us to return to shooting quickly and safely.

One very important thing we have learned since the pandemic broke out is the need for us as an industry to work together to overcome the difficulties. This is how ALÍA, the Audiovisual Industry Alliance, of which I am very proud to be the first president, was born.

For years, Aluzine has been a company that has taken great care to maintain parity among its employees. We do not hesitate to give equal opportunities both in our management team and administrative staff and in our support for female directors of photography, gaffers and electricians. In this sense, we have been supporting groups and associations such as Dones Visuals in Catalonia for years.

Thanks to the internship programme we have and the training sessions we offer in collaboration with several film schools, we are noticing an increase in the number of female electricians and cinematographers in the new generations, which we are very happy about. We are proud to think that we are doing our bit.

On the national scene, we have worked with directors of photography such as Daniela Cajías, Rita Noriega, Bet Rourich, Lara Vilanova, Ona Isart, Thais Català… On the international scene, we have just finished shooting two films that are going to be the talk of the town this year, photographed by two renowned French directors of photography. On the one hand, we have shot the new film by Jaime Rosales, Girasoles Silvestres, with photography by Hélène Louvart, a true eminence in cinematography, not only in France but worldwide (she has shot with filmmakers of the stature of Agnès Varda, Wim Wenders and Larry Clark). On the other hand, we have just finished shooting Un año, una noche, Isaki Lacuesta’s film about the terrorist attack on the Bataclan Theatre in Paris, where we have had the honour of working with the prestigious director of photography Irina Lubtchansky (responsible for the photography of titles such as Un hombre fiel, Los fantasmas de Ismael and Tres recuerdos de mi juventud). 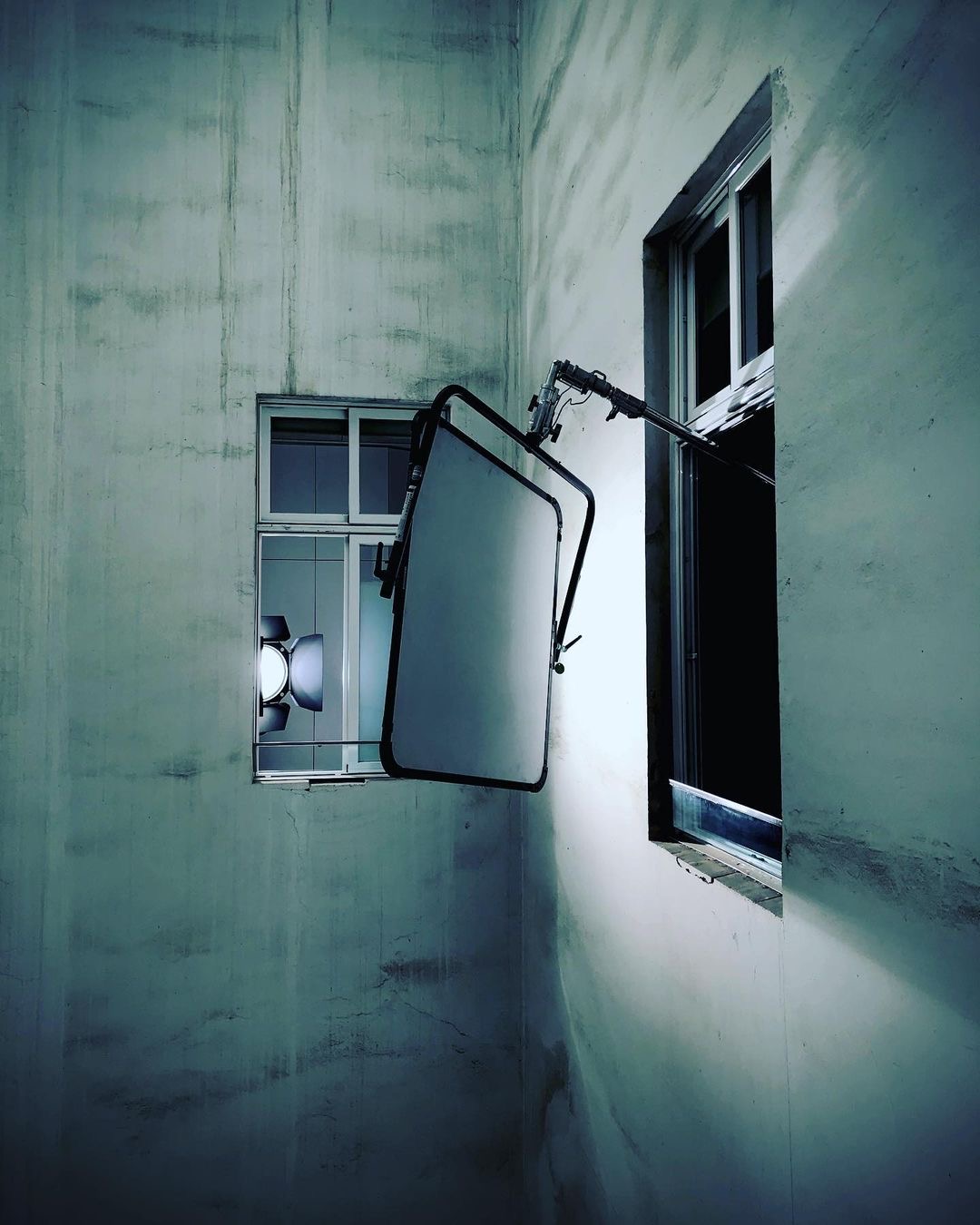 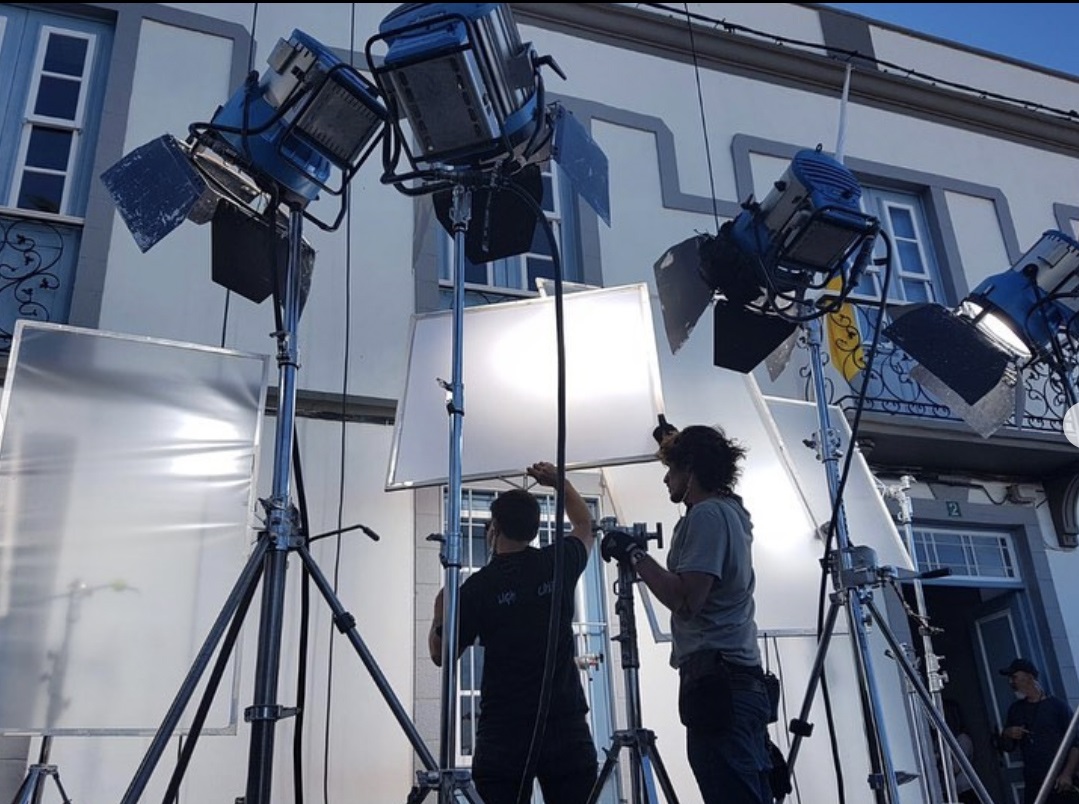 At the APCP we are proud to have you, Aluzine, as a sponsor. It was a pleasure to see you again and to visit your facilities in Madrid. Thank you! We hope that we will continue, producing and collaborating together for the advertising film industry for many more years. 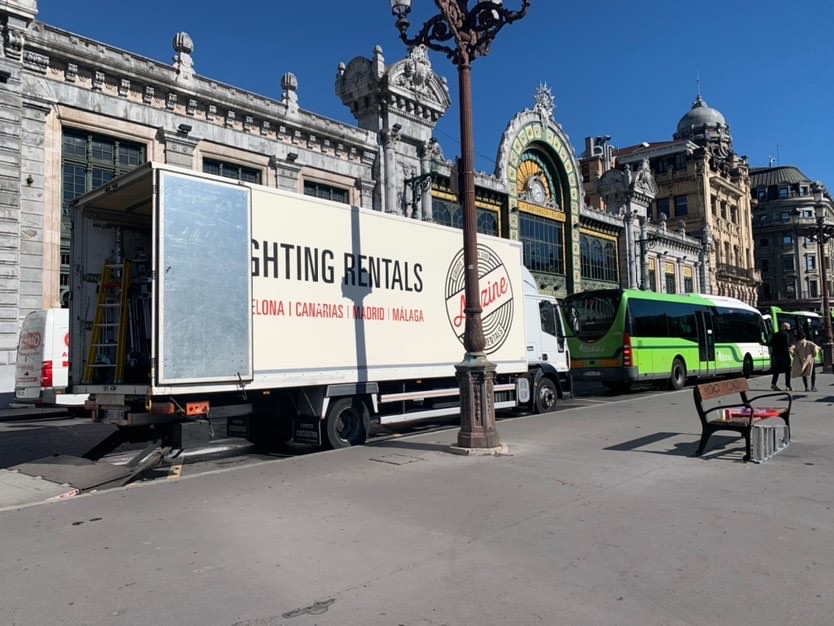