What is the Green Seal for audiovisual sustainability?

Last Wednesday we went to the Film Academy for the presentation of the Green Seal for audiovisual sustainability, developed by Creast.

The goal of this project is to reduce the carbon footprint of the audiovisual industry and to encourage work and dialogue groups between different people and entities in the audiovisual sector to advance towards the same objective.

To carry out this seal, the Film Academy has worked with the development and tools of Creast.

Flocelo started with an excellent description of the process to create the seal, the principles that inspired this project and the importance of not only measuring but also measuring to reduce.

After Flocelo’s presentation, Eduardo analyzed the main parameters that must be met in a sustainable filming process and analyzed the evidence and evaluation standards, which are key:

The main parameters of good practice in filming were named and explained in order to achieve the objective:

Elisa Rodríguez, explained how the ICAA is starting in this process, a dialogue that is progressing with national organizations and at European level.

She explained the different grants that are being given and how sustainability costs are considered to be included as qualifying costs.

He pointed out that few productions have applied for this support and that part of the budget has been left over.

To conclude her presentation, she told how the ICAA considers sustainability as one of the issues on the table and wants to help all projects that are committed to green projects.

Rafel Cabrera said that the Community of Madrid is working on grants and this year they have launched the first grants for feature films. They are in the process of analyzing how they can progress further and encourage production companies to be aware that filming must be sustainable.

This is a difficult matter in terms of measurement and how to distribute these economic incentives.

Finally, Araceli Gozalo explained the different areas of the city council where sustainable actions are being carried out.

Last year, a grant plan was approved for the audiovisual industry, and she said that the key points of sustainability and gender equality were determined on the basis of existing dialogues in order to allocate these subsidies. For this reason, she thanked this meeting and all the actions, from different entities, that are carried out in this area, as it is a facility for the administrations.

After the presentations, the audience spoke and we highlight here some of the key points that were discussed:

– Having a seal or a certificate of sustainability that the sustainability criteria are complied with helps the administrations to be able to grant aid.
– Dialogue between the audiovisual sector and the administrations is key in order to learn and move forward together, not vertically but horizontally.
– It is a long process but there is a feeling that the industry wants to move forward and is motivated.
– The ICAA, from the European point of view, is working on a carbon calculator that works as a common denominator to be able to work in a unified way. On the national side, they don’t have the environmental capacity to certify/validate, but they will accept other certificates, such as the green seal when it is implemented. In other words, they will evaluate on the basis of those certificates that comply with the requirements they judge to be sufficient.
– We are at the step of measuring in order to obtain the data to establish a baseline and to be able to ask for a reduction of pollution.
– An interesting proposal was made about the public plug-in for the lighting department. This department is considered one of the most polluting departments and this action would help to be more sustainable in many aspects.

This proposal is on the table in the Madrid City Council administration, and they will continue to study it to see how to organize this in the different districts of the city.

Finally, the Film Academy announced that they will give an award for sustainable production in 2022 and they will do so in collaboration with Greenpeace.

In the same line of sustainability, another round table “Precursors” – Towards a Sustainable Cinema – was organized in the afternoon, with Álvaro Longoria, Cristina Zumárraga, Toni Sevilla and Tote Trenas as moderator, where they explained the practical process of a sustainable filming and concluded with the screening of the feature film, Cuidado con lo que deseas. 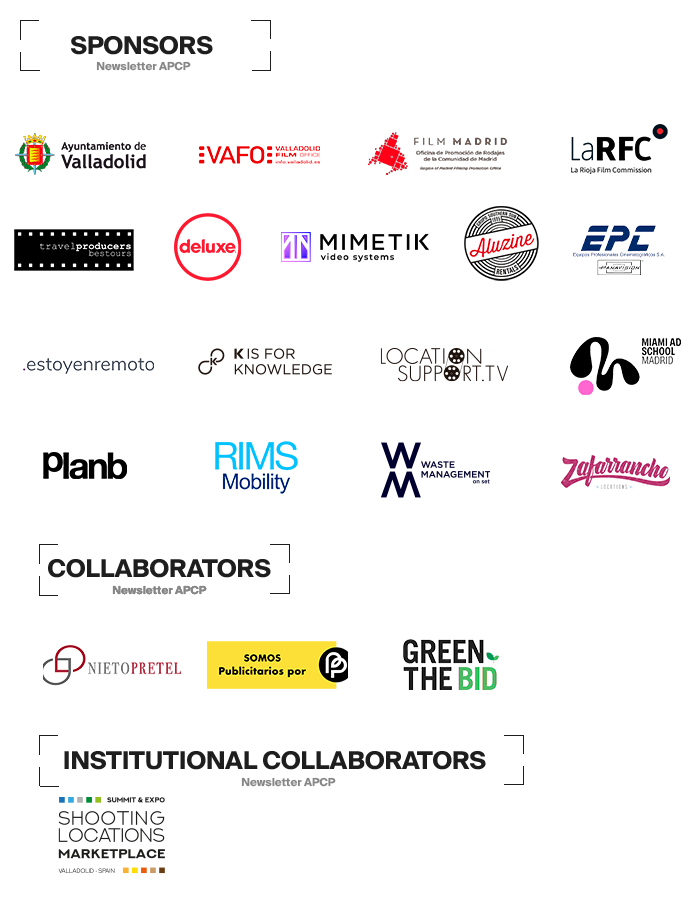