Highlights of the week:

We welcome DOS35 and BLUA to the APCP family.

The production company BLUA joins the APCP as a member of the Association. It has headquarters in Madrid and Barcelona, and stands out for its wide range of directors and photographers.

BLUA is a production company with 10 years of experience in brand communications. It specialises in the production of contents, from advertising spots to documentary short films, as well as other brief formats that are usually found in social media. It is based in Barcelona but is also present in Madrid, and it is made up of 11 professionals with expertise in different areas. BLUA makes ad-hoc teams for every project, giving them flexibility and the ability to adapt to all kinds of productions, nationally and internationally.

Some of its most awarded productions are: FCB&Fire’s ‘Una fotografía irrepetible’ for Chocolates Trapa, awarded with a Bronze award in 2019 Cannes festival; or Revuelta for Wallapop’s ‘Cambios’, awarded with Branded Content of the Year during the 2021 BCMA. Its team has also produced many well-known music videos, like María Arnai i Marcel Bagés’ ‘Fiera de Mi’, which was acknowledged as the best national music video by Rockdelux magazine in 2021.

All of it without forgetting about nowadays’ challenges: Producing in the most sustainable way possible, as well as having a diverse and enriching team.

Click on the following links to see the talent of our new associates:

On the 15th of June of 2015, in Madrid, three working partners (David Rodríguez, Edurne Domínguez and Vasily Nazarov) founded a new production company with headquarters in the capital, which they decided to name DOS35. These three persons met each other when they were studying cinematography, and started their first relationship as working partners when they decided to produce a short film together titled ‘Norma’, with which they got to the Cannes festival in 2015. After this, they decided to bring to life a more ambitious dream: their own production company, which they would call DOS35, in honour of the well-known cinematographic aspect ratio (2:35).

DOS35 is a production company, but it is a production company that started from scratch: without any previous contact with the advertising film production industry, without previous clients and, most notoriously, without anything to show. Seven years go a long way, and all the adventures and misfortunes that have led to the company as we know it today would be enough to write a book. Now, DOS35 has managed to make a space for itself inside the industry, with the opportunity to be part of a new generation that consumes advertising in a very different way than not too long ago being one of its strong points.

Advertisements are more present in the social networks by the day, constantly changing with the latest apps and platforms, making us more sharp and informed. That is the future of the advertising industry, that is the type that advertisers will ask for and where this company feels like home.

DOS35 has many loyal clients, amongst which we can find Unicef Spain and Cabify International, with whom the team at DOS35 produces a great deal of advertising projects, contacting directly with their marketing teams.

Just like in any other production company, its team works with many different advertising companies (a good amount of them focusing on health accounts) and with some partner company with which they unite to carry out projects that would be especially difficult to carry on for any of them by themselves. DOS35 is still a small company, but they take pride in it and are proud of all that they have accomplished. It took a lot of effort, patience, lack of sleep and faith to get to where they are after seven years, but thanks to their versatility and ability to adapt they keep making their way in the industry. Being part of the APCP is one more step, the natural development of a path that we will now walk together.

Our associated production company Zissou has been nominated to the Latin Grammy Awards for its work in Jorge Drexler’s music video ‘Tocarte’ ft. C Tangana.

Specifically, the nomination was in the 52nd category of ‘Best music video short version’.

From the APCP we wish them luck on the Awards Ceremony and congratulations on the making it to the shortlist. 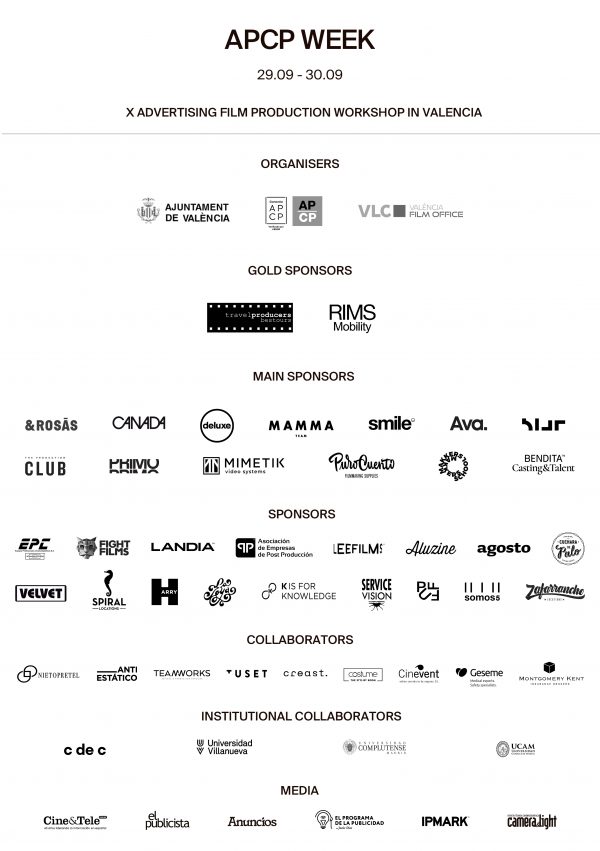