Enjoy these events after the beach

As they announce on their website, “don’t stay out! The final closing date for entries for the FIAP Awards will be 15th August, a key date that opens the virtual voting in September.

Even though the FIAP Awards are entering a new phase, they continue to focus on innovation, valuing excellence now more than ever.

According to them, “a new concept is presented”, highlighting those works that are perfectly executed and launching a message that “transforms, inspires, elevates and excites audiences”.

From the 16th to the 24th of September, San Sebastian will celebrate one of the most important events in the basque city: the Film Festival, on this occasion in its 70th edition.

This year, divided into three areas, the event recognizes finished audiovisual projects in its “films” category, with some 200 works selected, and other works in the post-production stage in “films-to-be”, expanding its range of possibilities with “thought and debate”.

This last one will review contemporary classics and others from previous film periods (also international), with the screening of, for example, “Once upon a time…” by Josep Escobar or “Tampopo” by Juzo Itami with its world premiere of the restored work in 4K.

In addition, on this occasion four projects from other countries will participate in the WIP Europe section, including Bulgaria, Republic of Moldova, Ukraine and Turkey.

The Sitges Film Festival will be holding its 55th edition from 6th to 16th October in the Catalan city, looking towards the future of fantastic cinema.

As the Festival announced a few weeks ago with the headline “The Sitges universe expands with new titles”, the focus will be on awarding those titles that move the industry towards the future.

This will be carried out with both a national and international vision of this kind of cinema, in which two Time Machine Awards have already been announced: Edgar Wright on the one hand and Neil Marshall on the other, in recognition of their professional careers.

Which ones will be the section? The festival includes the Official In-Competition Fantastic Section (SOFC) as well as the Official Out-of-Competition Fantastic Section, in addition to its “Noves Visions” (with the “Nova autoria” section), “Panorama”, “Brigadoon”, “Anima’t”, “Sitges Documenta”, “Seven Chances”, “Sitges Clàssics”, “Midnight X-treme”, “Òrbita” and “Sitges coming soon”.

In addition, their website points out a key date: September 19th, which will be the last day to request accreditations for the event.

This November, get ready for three days of the great CICLOPE Festival 2022. From the 8th to the 10th of the same month, you will be able to attend the annual event held in the city of Berlin, at the Kino International.

As of today, you can already get your ticket in advance or even register your work, so what are you waiting for?

CICLOPE has been bringing together talents since 2010 from all those creatives, producers, editors, composers and film professionals who deserve to be recognised.

During the festival, various conferences will be held, facilitating networking, in addition to its important awards ceremony. The best audiovisual and film projects from around the world are honoured, showcasing the most outstanding commercials, short films and music videos of the year.

But that’s not all, CICLOPE has three regional events; CICLOPE Latino (in Mexico), CICLOPE Africa (in South Africa) and CICLOPE Asia (in Japan). For the first two, we already know all the winners, and it won’t be until 1 September that CICLOPE Asia will finally take place. 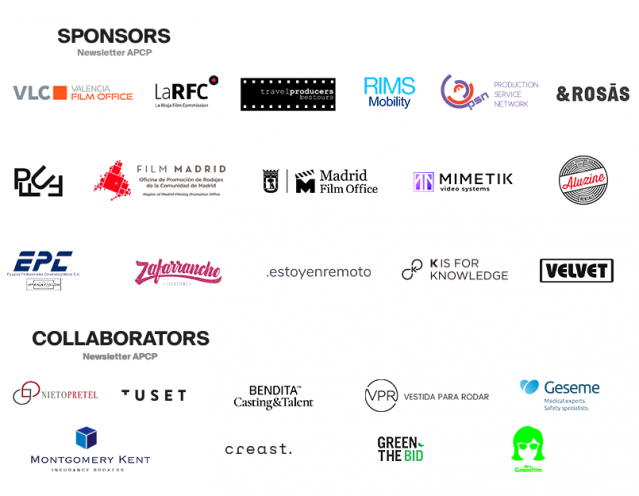